I finally found time to work on that big old pumpkin today, so I called grandson Kevin to come help me. He was ready and willing, with visions of pumpkin pie dancing in his head. 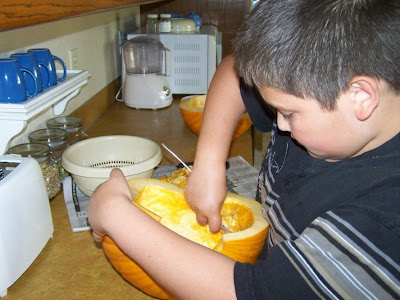 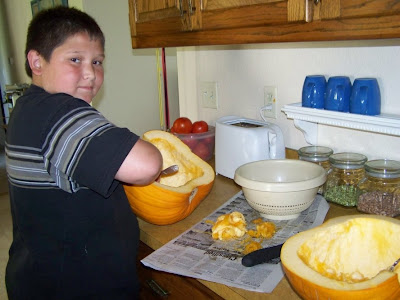 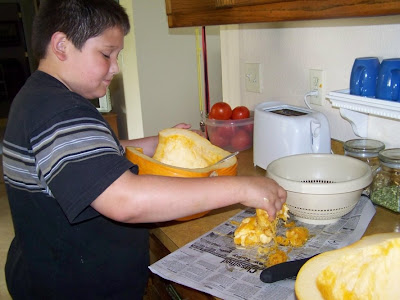 And pulled out the seeds and fibrous mush..... 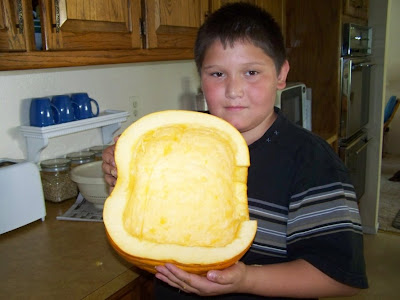 And soon he had it cleaned out.

I hate to admit Mr. H was right, but in this instance he was. This pumpkin wasn't ripe! It thudded right. It passed the color test. It passed the thumbnail test. But is just wasn't ripe. Kevin and I decided we'd make a pumpkin custard out of it and run a taste test before working on a pie. I made the pie filling, using brown sugar for more color, and then put some in a custard cup and zapped it in the microwave for about a minute. When it cooled enough to take a bite, we grabbed our spoons and dug in. It tasted just fine, so I whipped up a pie crust and in about an hour, Kevin got his pie. 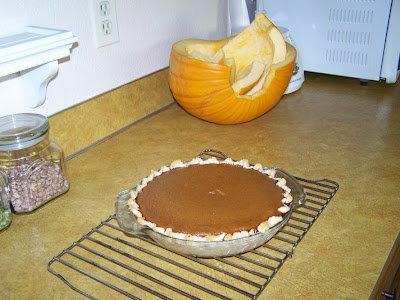 Kevin's pie, with lots of pumpkin left to cook. 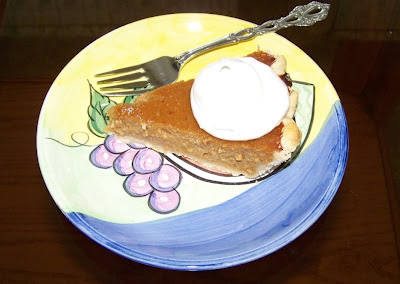 After he got a big slice! 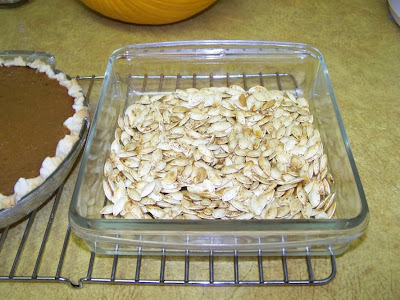 While the oven was hot, we toasted the seeds with canola oil, salt and garlic powder. 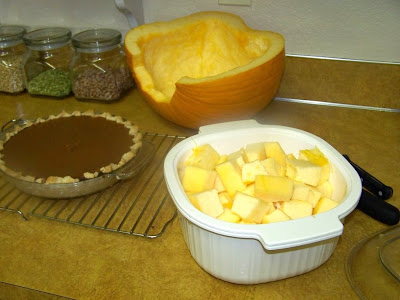 I then began cutting, peeling and cutting the pumpkin into chunks, which were placed in my microwave steamer with a bit of water in the bottom. 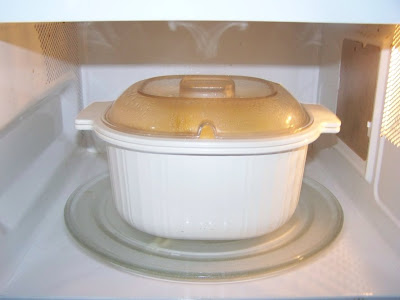 Each batch took about 15 minutes at full power. 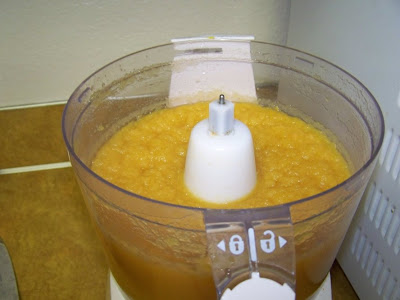 Then the cubes of pumpkin were pureed in the food processor. 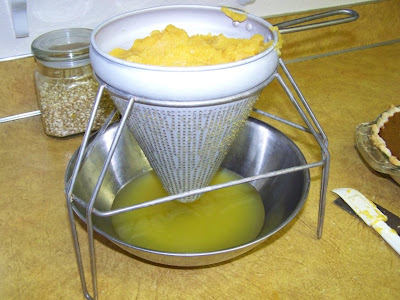 I poured the puree into a collander and let it sit and drain while I prepared the next batch for cooking. 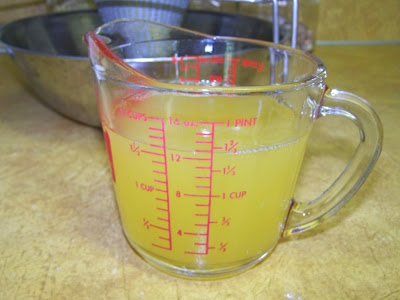 A lot of juice drained off. I got probably 1-1/2 cups of liquid from the entire pumpkin. 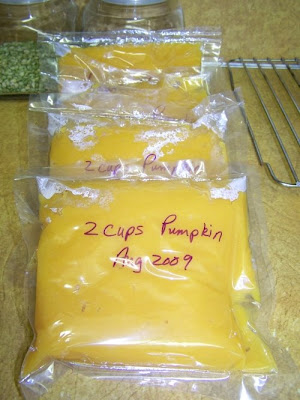 When I finished, I had enough pumpkin for four more pies (8 cups) and some small containers for the grandbaby who came to visit while I was prepping it. She thought it was good stuff, so she'll have a few meals of pumpkin from her mama's freezer.

(I just put everything in the food processor and mix it well.)

Bake in preheated 425° F oven for 15 minutes. Reduce temperature to 350° F; bake for 40 to 50 minutes or until knife inserted near center comes out clean. Cool on wire rack for 2 hours. Serve immediately or refrigerate. Top with whipped cream before serving.