OK, here's the bad. Please scroll down to today's previous post for the good. 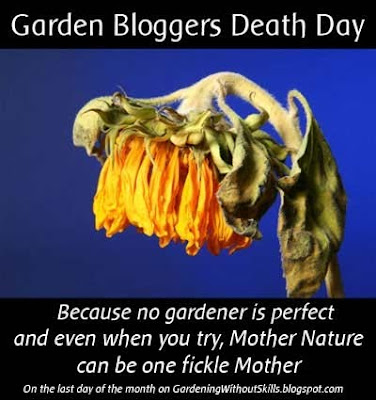 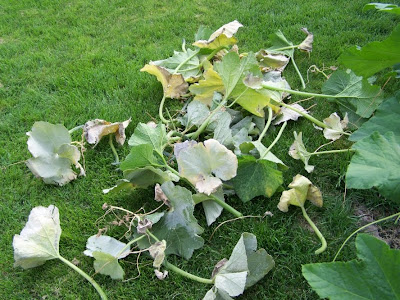 The destruction of the squash/pumpkin bed has begun. Although everything was still bearing, I could no longer look at the powdery mildew. By tomorrow, the squash patch will be no more. 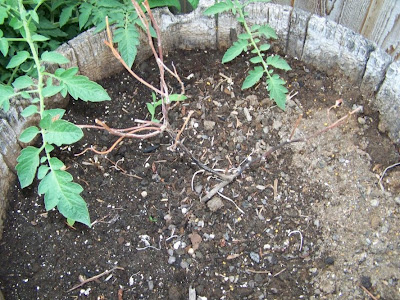 Can you see that little dead twig in the barrel? That was one of the new blueberry bushes I bought from Wal*Mart. (Note to self: do not buy plants at Wal-mart). I fear the second bush has also expired, but I can't see it. It has been consumed by a monster nasturtium. 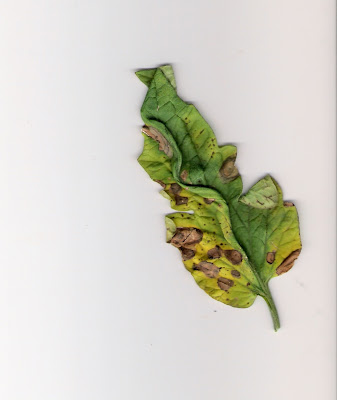 Eight of my 12 determinate tomatoes expired this month. It began like this.... 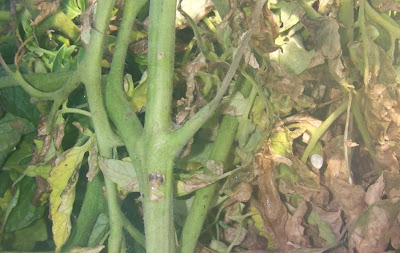 Then progressed to this.... 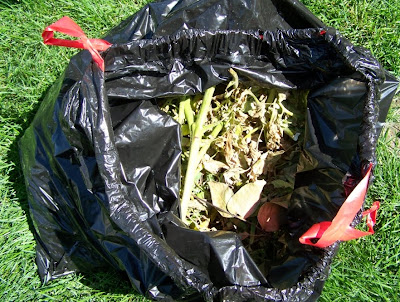 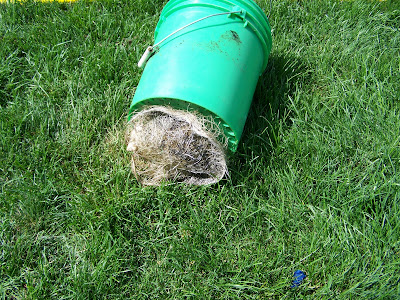 Four of the eight plants were in self watering buckets. After pulling the top section out of the watering bucket, I can see why they have grown sickly. Just look at that tangle of roots that were filling the reservoir. 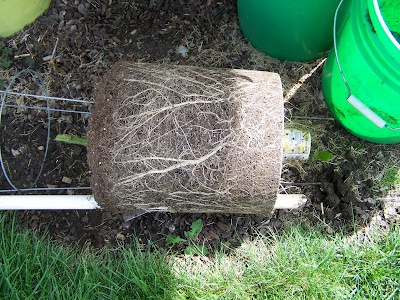 And see how root bound they had become in just 2-1/2 months. 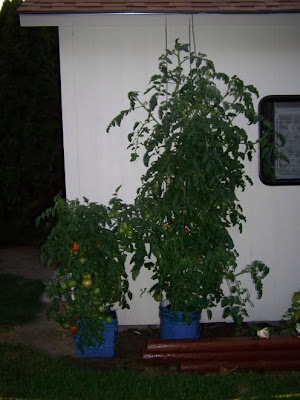 Those that were grown in non-self-watering buckets of the same size fared much better. The one on the right is nearly roof high. 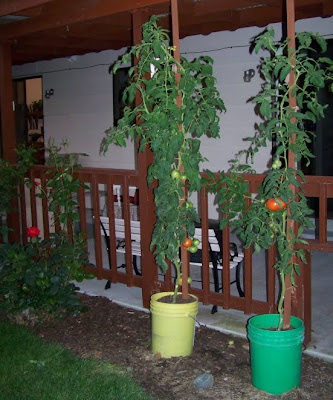 As are both of these. 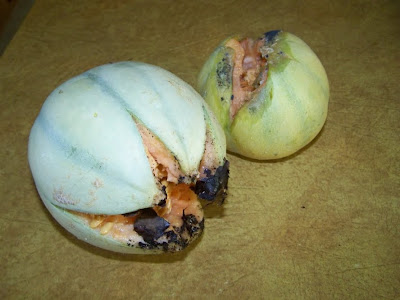 And, finally, the real heart breaker. I watched and checked these melons daily. They never did slip from the vine, so I assumed they were not yet ripe. Overnight, this is what happened. I have since learned to smell the bottom of the melon and watch for a very slight color change. Even then, the last two I picked were nearly too ripe.