With my counter filled with tomatoes and peppers, I needed to get busy and do something with them today. My daughter, Amy, loved the sweet chili sauce I sent with her a few days ago, so I decided to make a double batch of that. 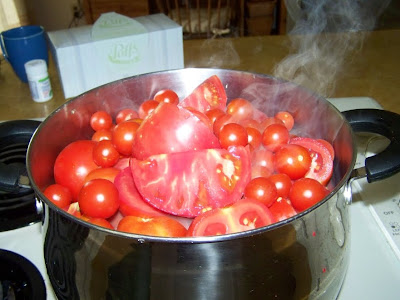 With Kleenexes, antihistamines and coffee at hand, I got the tomatoes washed and sorted, and ended up with my big soup pot full of ripe ones. I set them on the stove to simmer and soften. 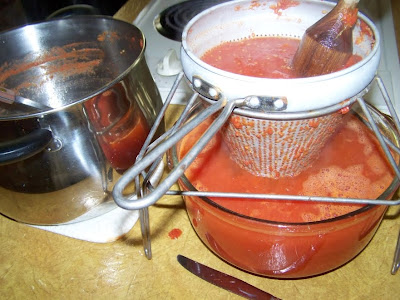 Then I ran them through the colander to remove the skins and seeds. 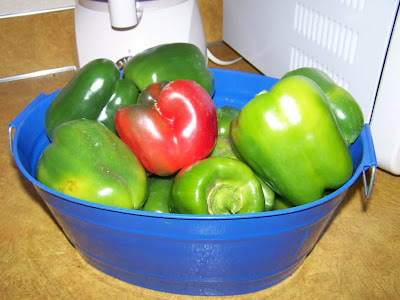 I went out to the garden and picked all the remaining peppers from the potted plants I'd brought back from AZ last spring. These peppers never did get as large as those planted directly into the garden, but they performed pretty well. 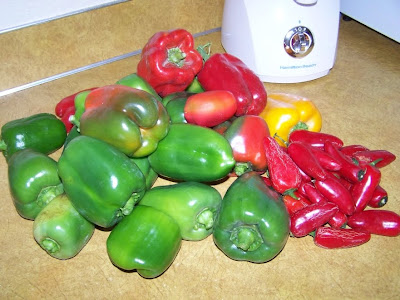 With what I had left from earlier pickings, there were more than enough for the four cups of chopped peppers I needed for a double batch of sauce. Two large bags had to be stored in the refrigerator to be used for something else. None of my jalapeno peppers got hot this year, so I used all of these in the sauce. They are as sweet as red bells! 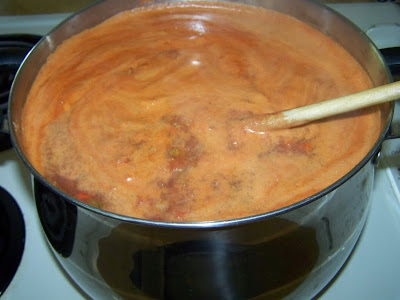 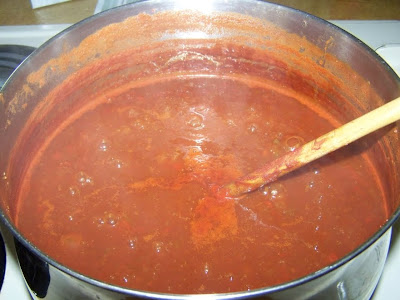 Two hours later, the sauce still hadn't thickened quite enough, so I transferred it to my largest crockpot and let it cook on high, uncovered, for the rest of the day. 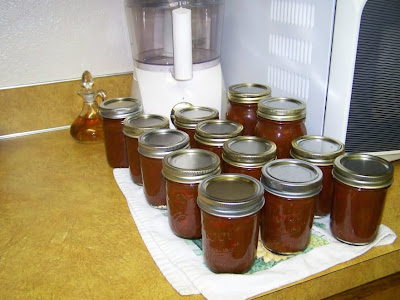 By the time I got dinner dishes done, the sauce was ready to can. I could only find 2 pint jars and a dozen half pint jars, which turned out to be just barely enough. I now have one empty half pint jar in the entire house! This gives me 21 pints of sweet chili sauce for the year, which should be more than enough for both Amy and me. See that little vinegar cruet behind the jars? That is all that is left from the four gallons of vinegar I've purchased this summer!