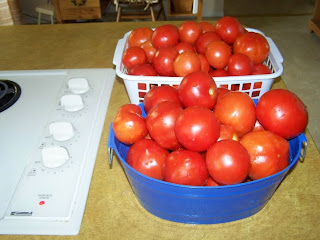 Faced with about 25 pounds of tomatoes, I opted for more salsa. 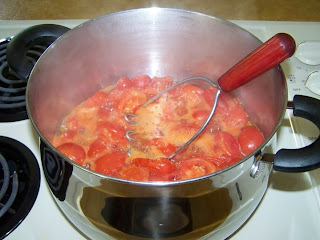 I washed all the smaller tomatoes, along with the Juliets (a Roma grape tomato) and the cherry tomatoes, and simmered them on the stove until soft, pureed them in the food processor, ran them through the colander to remove the seeds and peels, then returned them to the stove while I prepared the salsa ingredients. 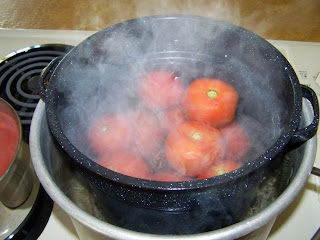 The larger tomatoes were blanched in boiling water. 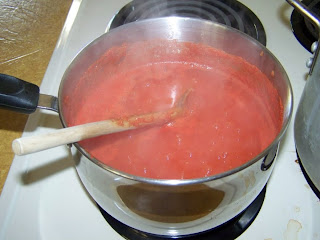 While the strained small tomatoes simmered and thickened. 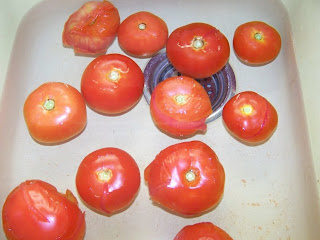 The blanched tomatoes were cooled in a sink full of cold water, then peeled, cored and seeded. 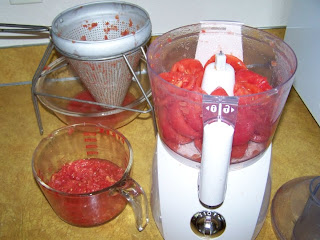 Four pulses in the food processor and they were perfectly chopped. 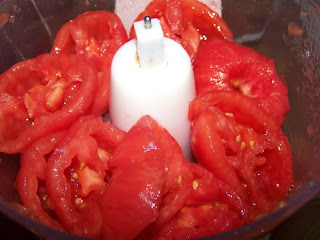 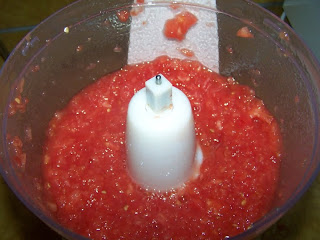 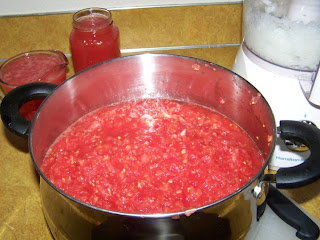 There were 18 cups of chopped tomatoes, for 2 1/4 batches of salsa. 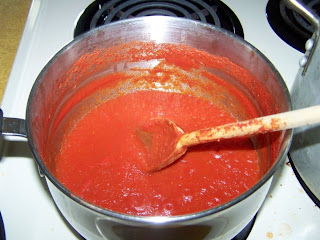 The small tomatoes have reduced to nearly a paste consistency. 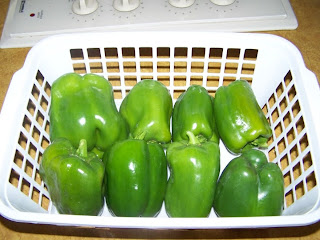 I went to the garden to pick fresh bell peppers for the salsa.  It has only rained about five minutes in the past two months.  That was the five minutes I spent picking peppers today. 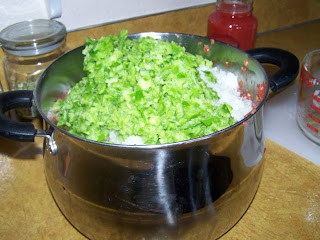 My big soup pot was already overflowing with tomatoes, onions and bell peppers, with lots more ingredients left to add. 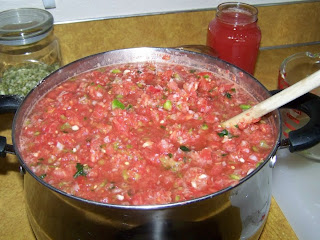 I gave it a good stir, then transferred it to my large canner to finish adding the ingredients, including the freshly made tomato paste. 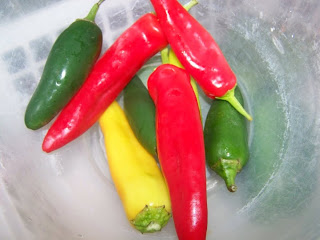 My son's friend, Rob, had given him a bag of hot peppers to pass on to me.  Rob loves my salsa, and he'll most likely get a jar of it in return. 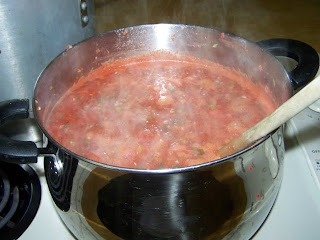 Half the salsa is put on to cook for ten minutes. 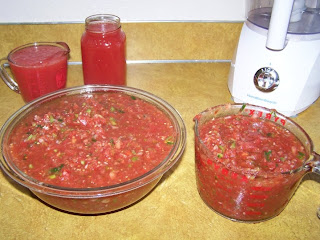 While the other half waits its turn. 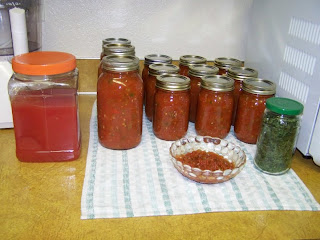 I ended up with three quarts, 9 pints and a bowl of Annie's Salsa to sample.  I also had a big jar of juice that I'd drained from the chopped tomatoes, which should be a really good start to a big pot of minestrone for tomorrow's supper.  I also took some time to dry enough parsley to fill a pint jar. 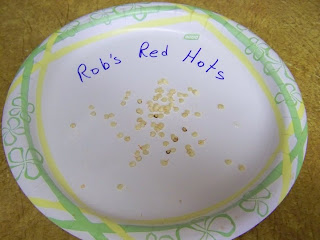 And I saved the seeds from one of those beautiful red hot peppers.  They'll have a spot in next year's garden.