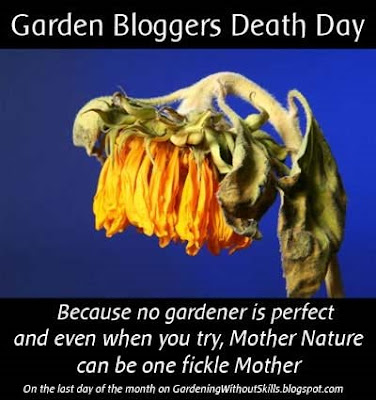 It's the last day of the month, the day Kate and Crew from Gardening Without Skills have proclaimed Garden Blogger's Death Day.

Not wanting Kate and crew to feel badly, but not actually having anything die on its own this month, I ran out to my garden and killed off a few things. Yes I did! 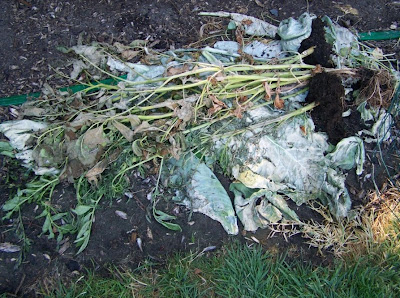 The broccoli might have sent off side shoots, but it, along with the marigolds that were supposed to grow to 18" and were still going strong at three feet tall, had to go. They were shading my tomatoes, and tomatoes are more important to me than broccoli or marigolds. 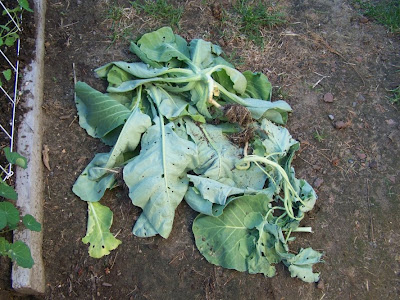 Slugs were the death of an entire row of brassicas. They didn't die on their own, but they were ugly (and infringing on my pretty calendulas), so I pulled them out by their roots. 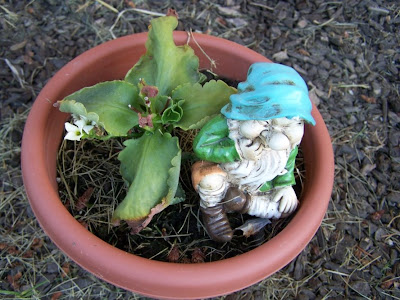 Even a garden gnome can't keep my begonia alive. Technically, it's not dead...but it's getting there quickly. 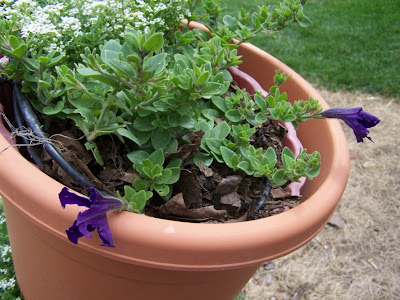 My $3.95 Blue Wave petunia should be tumbling out of the tipsy pot. Instead, its blossoms are the nightly dinner for bugs. Next year I'll buy a cheaper plant for feeding insects.


Kate and Crew, I hope this makes you feel better about your mishaps. We all have our garden trials and tribulations. Some just have them more often.