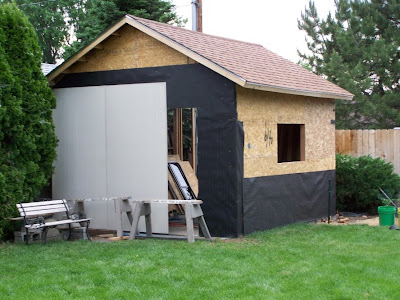 John insisted on Hardie Board siding, which cost $$$, weighs a ton and will outlive us. It took three grown men to hoist up a single panel of this stuff. There is a window to the left of the half-covered doorway, but it has to be cut out with a diamond bladed saw (as does the doorway). These are 4'x8' vertical panels, which will be accented with horizontal lap siding on the peaks. The tomatoes that are in those 5-gallon buckets will go along the west wall if they don't get too large to move by the time the building is finished and painted! 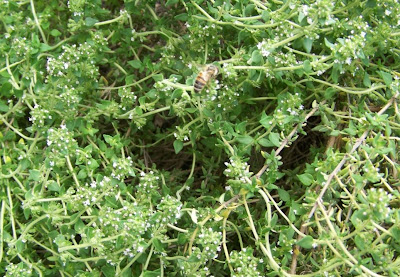 This little bee has too much thyme on his hands ;-) 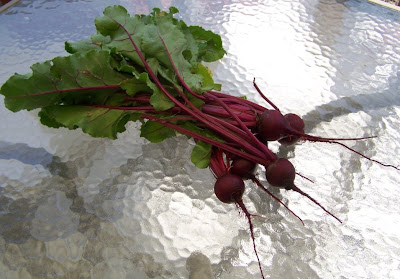 The first beets of the season! Oh, my, they did taste good. They added 9 ounces to the harvest total. I trimmed off the leaves before weighing them, as they were inedible because of the leaf miner damage. 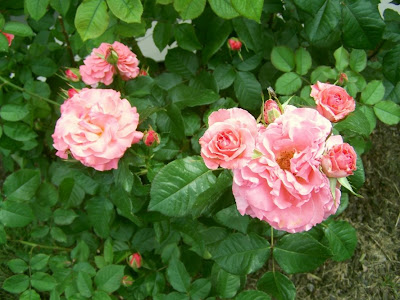 I love this rose. It's a lovely coral color, but looks pink in the photos. It's a floribunda, and will be absolutey covered with blossoms soon. I think I planted this about 18 years ago, and it has never failed to perform beautifully.